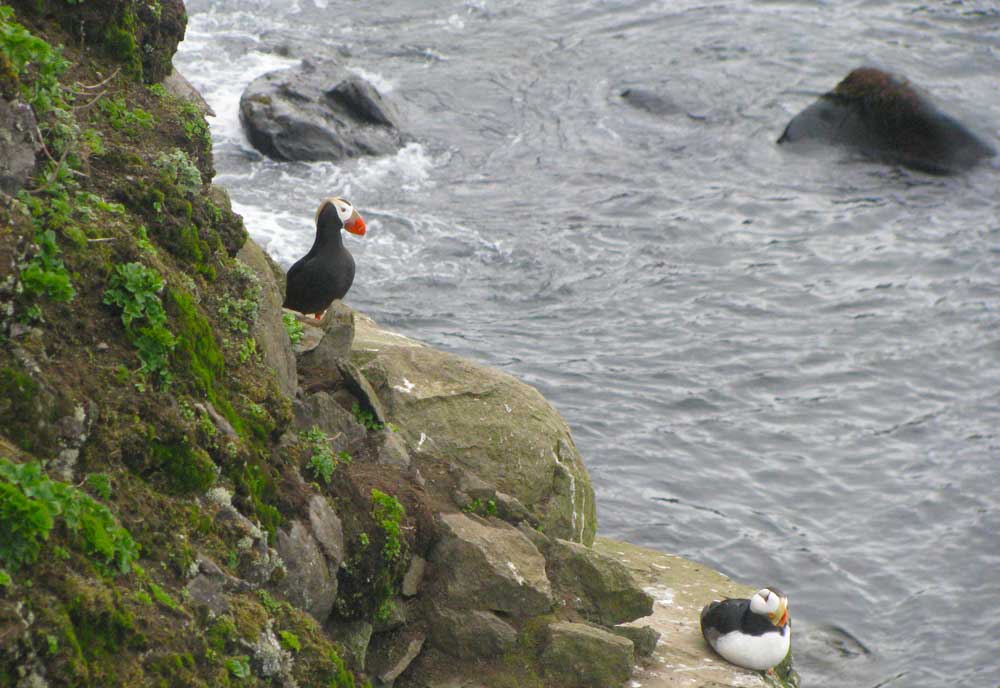 This lesson will focus on understanding your audience and the traditions of formal and informal interactions. By the end of Lesson 1, you should be able to

Read and review each of the following sections.  Click each to expand for more information.  After you have finished studying each section, complete the Lesson 1 Assignment.

Listen to  the vocabulary words and helpful phrases – Sound Lab Lesson 1  Tracks 1-2. Work on learning the words by sound and by sight. See also the vocabulary flip cards in the ‘Test Your Knowledge’ section.

Many words are pronounced differently by different speakers. In St. George, for example, many speakers will say tayuĝux̂‚, whereas Unalaskans would say tayaĝux̂‚. Some speakers may say ukidigilix, others ukudigilix, and still others ukudigalix; the latter is a variant more often found on the Aleutian Chain (and is closer to the original pronunciation of the word). You may also hear variations by the same speaker at different times. Likewise, words listed one way in Bergsland (1994) may be pronounced differently or have a slightly different derivation when used by different speakers. The word ilaasax̂‚ ‘relative, friend’ in Bergsland (1994:193) is almost always ilaasix̂‚ in the recordings you will find in this course.

Once you have mastered the vocabulary given in this lesson, learn the following additional vocabulary, for the purposes of the exercises. The words can be found in the Lexicon at the end of the textbook:

Practice saying them. They will be used in the exercises in the rest of this lesson.

Pronunciation – difficult sounds.
Listen to Lesson 1 Tracks 3-4 on the textbook Sound Lab  or below.

A number of sounds in Unangam Tunuu are not found in English. In the next few lessons, we will focus on particular sounds that may be difficult for you to pronounce. In this lesson, we focus on the sound [x̂‚].

You will also see some words are regularly written with letters in parentheses or with an apostrophe in these lessons. The pronunciation of a word often depends on its stress pattern in combination with its suffixes and endings. In some forms, a sound may not be pronounced:

The full word includes the sound in parentheses: ix̂‚amanakux̂‚, ukidigilix. It is important to know the full form, because a sound that is missing in one spoken form may reappear in another form, depending on the stress pattern, or the syllables or the endings which follow. Here is an example from Lesson 3:

In Eastern Unangam Tunuu, and especially in the Pribilof Islands dialect, the full form of some words are almost never pronounced, except in careful, deliberate speech.

Before the Russians came to the Aleutians, of course, Unangan names were based on Unangan words (cf. Bergsland 1998 for a detailed study of pre-Russian contact Unangan names). Today, most Unangan have names that come from either the Russian Orthodox tradition or from names common in the American English tradition–but when said in Unangam Tunuu, they are pronounced differently, and they have Unangan endings. The most common ending is —x̂‚, because names are like nouns:

However, in everyday speech, many times these endings are left out: Paavil, Nadiisda, and so forth. Some names end in vowels, as in Nina and Ulga.

Other sounds might be different too. For example, the [au] sound in ‘Paul’ is not a sound that is used in Unangam Tunuu, so either the Russian-based Paavilax̂‚ is used (from Russian Pavel) or the English-based Puulix̂‚ is used (from English Paul).

Just like nicknames in English are used to show familiarity or affection (‘Jenny’ rather than Jennifer, or ‘Jimmy’ rather than James), there are ways of showing endearment by adding something to Unangan names. One common addition is the diminutive suffix —ada-: Paavila-ada-x̂‚ = Paavilaadax̂‚. Another suffix is —kucha-: Paavil(a)-kucha-  (Notice these endings added after the name and before the —x̂‚ ending.)

Complete the following exercises to get more practice. 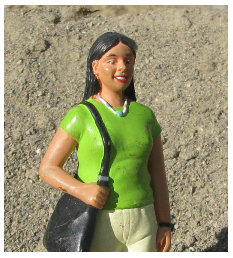 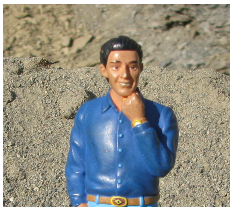 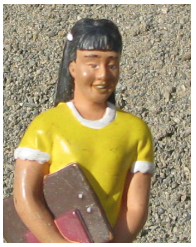 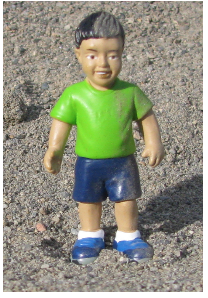 The root qaĝ‚a– ‘to be glad’ serves as the basis for saying ‘thank you.’ There are several different ways of expressing thanks, as in the following:

1. The —x̂‚ ending on Unangan nouns
Look at the following nouns, or words for people, places, things, or ideas:

In their simplest form, nouns in Unangam Tunuu end in —x̂‚.

2. The —ng ending on Unangan nouns
Look at the following words:

In Unangam Tunuu, the noun ending —ng means ‘my’.

Some words change meaning when they are possessed. For example, the simple word ayagax̂‚ means ‘woman;’ but when it is possessed, it means ‘wife,’ as in ayagang ‘my wife.’

This suffix is known as a diminutive suffix: it suggests that the noun is smaller, cuter, or dearer than the bare noun. It can also be attached to other nouns:

It is the same suffix that is found in the most common words for ‘mother’ and ‘father’:

For now, we will just look at diminutives in names; in future lessons, we will see the diminutive in other nouns and in verbs. As with possession, the addition of a diminutive suffix can change the inherent meaning of a word, as when the diminutive —ada- is added to ayagax̂‚Ì‚, forming the noun ayagaadax̂‚ ‘girl’

We also saw another diminutive —kucha- in names. This has a slightly different meaning and is less widely applicable. We will not focus on this suffix for now.

Simple introductions with the question words kiin ‘who’ and alqutax̂‚ ‘what’

Simple questions such as ‘who are you?’ or ‘who is this?’ may be formed just with the question word kiin ‘who’ and a pronoun, a word such as ‘I,’ ‘you,’ ‘this’ which stands in place of a full noun. Notice that there is no word for ‘are’ or ‘is’:

(the difference between way(a) and ingay(a) is subtle and has to do with the perspective of the speaker and hearer; for now, both can be translated as ‘this’)

Because there is no pronoun meaning ‘he,’ ‘she,’ or ‘it’ in Unangam Tunuu, there is a different way of asking ‘who is he, she, it?’ The word alix means ‘to be;’ in the following example, it is translated as ‘is’:

Notice that direct translations from one language to the other are not always very helpful. It is more important to learn the phrases and how they are used than their grammatical structure at this point.

Notice also that ‘this’ shows up as way(a) or inga(ya) when it is used as a noun, as in kiin way(a)? kiin inga(ya)? ‘who is this?’ and as wan or ingan when it modifies a noun, as in wan ayagax̂‚ ‘this woman’ or ingan tayaĝux̂‚ ‘this man.’

Watch the videos below and try to translate the conversations. What would you say differently?

Written exercises (Lesson 1 Self-Study Exercises – will open in a new tab in a Google Doc.)

Listen to the conversation and answer the questions that follow for yourself:

Answer the following questions with full sentences based on the conversation above:

These exercises will be completed during synchronous class time and led by your instructor. You will  be graded on attendance and participation.

1. Come to class this week knowing  your Unangan name. Take turns introducing  yourselves during class time to each other.

2. Take turns reading aloud the  Tunusax̂‚ / Conversation from the ‘Test Yourself’ section of this lesson. Discuss the  Tunux̂‚tam malgaa questions as a group.

3. Discuss the videos from the ‘Test Your Knowledge’ section. Were you able to understand the conversation?

Download the Lesson 1 Assignment file (Google Doc: open and then download file as doc or save to your Google Drive) , complete, and upload the file to the Assignment Upload area for Lesson 1 in the UAF Blackboard course shell (https://classes.uaf.edu – log in with your UA username and password).

If you have problems with the assignment or with uploading the file, please contact your instructor right away for help.